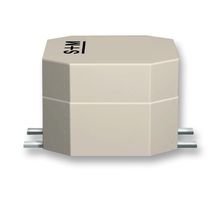 Travel »
Guimarães, Portugal
Guimarães is a city in Minho, Portugal and is one of the most historical cities in Portugal, said to be where "Portugal was born". Placed about 50 km from Porto, Guimarães is placed near to a mountain, Penha, with wonderful views to all the city. »
MGWA shower head Bronze Retro Copper Hot And Cold Shower Set 10
Tourist Info
Destinations
Tourist Attractions
Bryce Canyon National Park
Despite its name, Bryce Canyon is not a canyon, but a collection of giant natural amphitheaters along the eastern side of the Paunsaugunt Plateau. »
Maison Bonaparte, Ajaccio, Corsica, France
Maison Bonaparte (Casa Buonaparte) is the ancestral home of the Bonaparte family. »
The Citadel of Sisteron, France
In 1814 Napoléon Bonaparte was exiled to the island of Elba, not far from Corsica, his birthplace. Less than a year later, with the intention of dethroning (...) »
TV »
Charade
Comedy, Mystery, Romance.
A pretty woman is pursued by several men who want the money her late husband had stolen. »
Movies Online
Cartoons
Documentaries
The History of Hindu India, Part 1/5
History, Documentary.
An excellent documentary about Indian history from ancient times to the present day. »
Introduction to Advaita Vedanta, Part 1/6
Documentary.
These presentations will introduce various topics in a sequence that follows the methodology used by most traditional teachers. »
Filming penguins in Antarctica
Documentary, Filmmaking.
Behind the scenes in Antarctica with the National Science Foundation and Disneynature Penguins. »


Nutrition »
Nutrition Facts DataBase
Free, clear and accurate information for more than 7,000 food products. Use it to find out the content of Vitamins, Minerals, Energy, Dietary Fiber, Cholesterol, Fatty Acids and other nutrients for a lot of common and not-so-common foods.

How to search foods:
• Insert one to three words, and then click Search;
• At least one of the words should have more than three letters; don't insert punctuation (allowed characters are letters, numbers, space and hyphen).